Our Board is Highly Committed & Engaged in our Mission & Vision

We seek to help patients maintain their mobility and independence 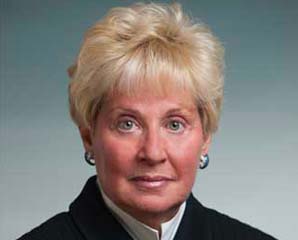 Ms. Ellen Zane is a nationally renowned health care leader who recently retired as President & Chief Executive Officer of Tufts Medical Center and the Floating Hospital for Children. She was the first woman to run the hospital in its 222-year history. The hospital employs more 5,000 doctors, nurses, researchers, and other healthcare workers, includes Floating Hospital for Children, and has 450 beds. Ms. Zane remains involved at Tufts Medical Center as a vice chair of the Board of Trustees. Ms. Zane holds two faculty appointments at Tufts University School of Medicine including: Assistant Professor in the Department of Medicine, Division of Clinical Care Research and Assistant Professor of Public Health & Community Medicine. Additionally, Ms. Zane holds a faculty appointment as Adjunct Assistant Professor of Health Policy and Management at the Harvard T.H. Chan School of Public Health. For the period of 2011 to 2013, Ms. Zane was a Distinguished Guest Lecturer in Healthcare Administration at the Sawyer Business School at Suffolk University.

From 1994 to 2004, Ms. Zane held the position of Network President for Partners HealthCare System, Inc. In this capacity, she was responsible for the development of a provider network featuring the Harvard affiliated Massachusetts General Hospital and Brigham & Women's Hospital. The network encompassed 5600 physicians and represented $800+ million of managed care revenue. Today, this entity represents one of the largest physician networks in America.

Prior to that, Ms. Zane was the Chief Executive Officer at Quincy Hospital in Quincy, Massachusetts. In this capacity, Ms. Zane was an employee of HCA and then Quorum Health Resources.

Ms. Zane is currently a Director of Boston Scientific Corporation (NYSE: BSX); Brooks Automation (NASDAQ-BRKS); Haemonetics Corporation (NYSE: HAE). She is a Director of AgNovos Healthcare, LLC in New York, NY; a Director of the National Association of Corporate Directors New England Chapter and Vice Chair of the Board of Trustees at George Washington University, Washington, DC. Ms. Zane is also the current Chair of the Board of Wellforce (Parent Board of Tufts Medical Center).